This week's Jelastic Spotlight is a little bit different from the previous ones that we have done. Instead of looking at how Jelastic is being used by developers, it focus on how Jelastic is helping people who are new to the programming world. Our interviewee this week is my little brother, Daniel Johns. He is 13 years old and is actually pretty new to the world of Java. He started learning Java when I joined Jelastic, about 8 months ago. I think his story is pretty cool and he actually inspires me to work hard and not stop learning. In fact, I think he knows more about programming than I do. And in light of yesterday's post, it is quite perfect.

I love seeing young people excited and motivated about learning and creating new things. Though Daniel is not the only kid out there learning Java or creating apps, he--and a number of his friends--is the one I know best. I am excited about what Jelastic is doing and am even more delighted that one of the most unexpected things that has come of it is that it has motivated and facilitated at least one kid's desire to learn to program. You will realize pretty quickly that Daniel isn't like most kids, but then again, that's what makes him so cool and makes me so proud of him. So, let me introduce you to Daniel. 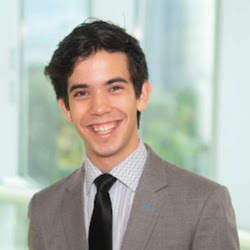 Hey, Daniel. Tell us a little about yourself.

Well, I'm 13. I live in Houston, TX and I'm home schooled, along with one other brother of mine. I have 5 older siblings that have all either gone to college or are currently in school. I'm supposed to be in 7th grade, but I am ahead in pretty much every subject, so it's hard to say what grade I actually am in, since I have already finished everything for 7th grade.

What are you actually studying?

I am doing 9th grade math but I'll be done with it soon so that I can start learning Calculus. In English, Literature, History and Social Science, I'm pretty much done with everything that you are supposed to do in high school, so I am focusing more on the Science stuff like Biology and Chemistry and then spending the rest of my time studying things that I like.

What are the things that you like to study on your own?

I love history and weapons.

Wait. You have to tell people what it is that you like about weapons.

I love learning about how through history different weapons--from tanks to planes to lasers--have been developed to meet certain needs and how the guys that made them went about developing the new technologies that made them possible. A lot of really cool stuff has been made through the development of different weapons. For example, the US Navy's Railgun: if it was not for the scientists and engineers that were working on it, it would have never happened.

Okay. So you like all the creativity that is required in creating them. Let's go back real quick to history. Tell me about that.

I love reading the history of periods of change. It's during those difficult times that the people that we remember came to be known. Because of the situations, they either had to adapt or innovate, whether it was in war or hard times, there have always been people that instead of just going with the flow decided to do something crazy and innovative (is that the right word?).

In particular, I like the G.A. Henty books. He wrote a ton of books about different periods in history and he makes it really interesting.

So you like to study. Do you think that is common in kids your age?

They think that it is boring to study and want to play games instead.

But you play games as well. What do think contributed to your wanting to study?

Since I was little, I've wanted to be an astronaut and own my own company that designs and manufactures high-tech stuff, like advanced vehicles and computer systems. Basically, anything that we can think of.

Tell us about how you started learning to program. What got you into it?

Well, I didn't start with programming first. First, I started with robotics. About 2 years ago, I started learning robotics at my dad's school with Mr. Koptelov. He started teaching us about it using the Lego Mindstorms NXT. We learned how to make basic kinds of robots at first--like ones that could sort and select things based on different parameters that we gave them or a sumo-robot that would try and push another robot out of an area that we had predefined.

Did you build any robots in particular that you really liked?

Yeah. We built some cool ones that you could aim with a laser and that could shoot Lego pieces using a trigger sensitive system that allowed you to go from aiming and targeting with the lasers and then shoot and track the projectile. We also built a dinosaur that was pretty cool. That was around the time that we started working with circuits and building custom boards.

When did you start programming?

About 8 months ago, right around the time you started working at Jelastic. When you told me that Jelastic made it easy to deploy apps to the Cloud, I decided that I wanted to make some games for Android. That's when I started working with Android SDK. It didn't take me long to realize that I needed more programming skills.

I started with CodeAcademy and Ruby in 20min but there wasn't enough for me there. It was nice but it wasn't enough, nor exactly what I needed. So I just started learning on my own with Google, looking up the things that I was trying to learn in PHP in Ruby. But as I was doing that I found out that I had to host all this stuff somewhere.

I had to start looking at hosting which turned out to be quite complicated, so I had to stop and figure that out. Well, I really didn't want to waste my time with hosting and learning about that. I just wanted to learn to code and then be able to deploy it. That's when I started using Jelastic. And that's also when I started learning Java.

Tell me about your experience learning Java.

It's been kinda hard, but people that I have met online have been really cool about helping me. I spend a lot of time on the Reddit programming threads and going through two books that I got as well as the Oracle tutorials. It's coming along.

How would you say that Jelastic has helped you in learning to program?

I don't have to worry wasting my time with setting up hosting. It's really easy and it uses the same application servers and databases that I've been learning on, mostly Tomcat and MySQL. At first, I was going to use Google App Engine since I wanted to try it out because a lot of people use it, but after trying Jelastic I didn't even bother. No point.

Okay. Obviously you are little biased because of me...

Not really. I just didn't see the point of learning something new if that wasn't my goal. I want to become a good programmer, and I don't like spending time on stuff that doesn't help me with that.

So, is there anything that you have running on Jelastic that you can tell us about?

Not at the moment. I've mainly used it for learning and practice, but I will soon be using it. My friends and I want to control our robots remotely, from anywhere, and we are going to combine Java with the Lego Mindstorms along with some sort of radio or receiver that can do two-communication between the server and the robot. We are looking at using super cheap cell phones or the Rasberry Pi board with a wifi dongle on it to be the connection. It's all still very early, but it won't take us long.

Using Java we can do a whole lot more with the robots and have access to a greater range of functions because we are no longer using the standard firmware that the Mindstorms come with.

That is cool. So, any advice for us at Jelastic? Anything that you want to see us do?
Yeah. It would be cool if we had an app to control our environments from our phones.

Alright. Maybe that is something that you can work on? Hint, hint. Do you have any advice for other kids out there that want to learn or are learning to program?

Yup. Work hard but have fun. Try and find friends that are trying to do the same thing as you that you can work with. And try and finish your regular school early--though I know that is easier if you are home schooled--so that you can focus on what you really like.

Thanks, Daniel. We'll be coming back to you when you get your first 'bot control app up and running.

If you are interested in chatting with Daniel, you can reach him by email at daniel.mon.johns(at)gmail.com. He pretty much lives in front of a computer, so it won't take long for him to respond. 🙂